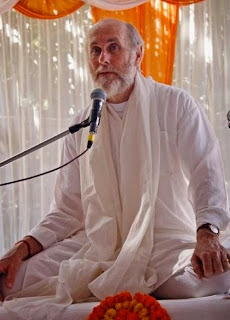 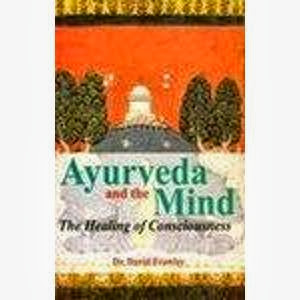 We live in a magical universe filled with great forces of life and death, creation and destruction.  Divine powers can be found everywhere to lift us into a greater peace and understanding.  But undivine forces are also ever present, working to lure us down further into confusion and attachment.  Truth and falsehood, ignorance and enlightenment form the light and dark, the illumination and shadow of the world.  In this basic duality of creation we struggle not merely to survive but to find meaning in our lives.  We must learn to navigate through these contrary currents so that we can benefit by the ascending spiritual force and avoid the descending unspiritual inertial.

Nature herself is the Divine Mother in manifestation and the universe is Her play of consciousness.  She provides not only for material growth and expansion that moves upwards, but supports our spiritual growth and development, which moves within.  Nature possesses a qualitative energy through which we can either expand into wisdom or contract into ignorance.  Nature functions through conscious forces, spirits if you will, which can be either enlightening or darkening, healing or harming.  Most of these powers are unknown to us and we do not know how to use them.  Trained as we are in a rational and scientific manner to look to the outside, we lack the ability to perceive the subtle forces hidden in the world around us.  However, for any real healing of the mind to be possible, we must understand these forces and learn how to work with them as they exist not only in the  world  but in our own psyche.

Ayurveda provides a special language for understanding the primal forces of Nature and shows us how to work with them on all levels.  According to Yoga and Ayurveda, Nature consists of three primal qualities, which are the main powers of Cosmic Intelligence that determine our spiritual growth.  These are called gunas in Sanskrit meaning "what binds" because wrongly understood they keep us in bondage to the external world.

The three gunas are the most subtle qualities of Nature that underlie matter, life and mind.  They are the energies through which not only the surface mind, but our deeper consciousness functions.  They are the powers of the soul which hold the karmas and desires that propel us from birth to birth.  The gunas adhere in Nature herself as her core potentials for diversification.

All objects in the universe consist of various combinations of the three gunas.  Cosmic  evolution  consists of their  mutual  interaction and transformation.  The three gunas are one of the prime themes of Ayurvedic thought.  They form a deeper level than the three biological humors and help us understand our mental and spiritual nature and how it functions.

Sattva  is the quality of intelligence, virtue and goodness and creates harmony, balance and stability.  It is light (not heavy)and luminous in nature.  It possesses an inward and upward motion and brings about the awakening of the soul.  Sattva provides happiness and contenment of a lasting nature.  It is the principle of clarity, wideness and peace, the force of love that unites all things together.

Rajas is the quality of change, activity and turbulence.  It introduces a disequilibrium that upsets an existing balance.  Rajas is motivated in its action, ever seeking a goal or an end that gives it power.  It possess outward motion and causes self seeking action that leads to fragmentation and disintegration.  While in the short term rajas is stimulating and providing pleasure, owing to it unbalanced nature it quickly results in pain and suffering.  It is the force of passion that causes distress and conflict.

Tamas is the quality of dullness, darkness and inertia and is heavy, veiling or obstructing in its action.  It functions as the force of gravity that retards things and holds them in specific limited forms.  It possesses a downward motion that causes decay and disintegration.  Tamas brings about ignorance and delusion in the mind and promotes insensitivity, sleep and loss of awareness.  It is the principle of materiality or unconsciousness that causes consciousness to become veiled.

Correspondences of the Three Gunas

Sattva and the Mind

The mind or consciousness in general, is naturally the domain of sattva.  Unless the mind is calm and clear we cannot perceive anything properly.  Sattva creates clarity, through which we perceive the truth of things, and gives light, concentration and devotion.


Rajas and tamas are factors of mental disharmony causing agitation and delusion.  They result in wrong imagination and misperception.


From rajas comes the false idea of the external world as real in itself, which causes us to seek happiness outside ourselves and lose track of our inner peace.  Rajas creates desire, distortion, turbulence, and emotional upset.  It predominates in the sensory aspect of the mind because the senses are ever-moving and seeking various objects.  As long as we remain immersed in the pursuit of sensory enjoyment we fall under the instability of rajas.

From tamas comes the ignorance that veils our true nature and weakens our power of perception.  Through it arises the idea of an ego or separate self by which we feel ourselves alone and isolated.  Tamas prevails in consciousness identified with the physical body, which is dull and limited.  As long our identity and sense of well-being is primarily physical we remain in the dark realm of tamas.


Sattva is the balance of rajas and tamas, combining the energy of rajas with the stability of tamas.  By increasing sattva one gains peace and harmony, and returns to the primordial Nature and one's pure Spirit in which is liberation.  However, attachment to sattva, such as clinging to virtue, can bind the mind.  For this reason we must strive to develop pure sattva, which is its detached form, or sattva not clinging to its own qualities.  Pure sattva does not condemn rajas and tamas but understands their place in the cosmic harmony, which is as outer factors of life and body whose proper place is apart from our true nature.

When pure sattva prevails in our consciousness we transcend time and space and discover our eternal Self.  The soul regains its basic purity and unites with God.  When out of balance, the three gunas bring about the process of cosmic evolution through  which  the soul evolves through the kingdoms of Nature, experiencing birth and death, happiness and sorrow in various bodies.  The movement of the three gunas is conterminous with creation.


Sattva as the state of balance is responsible for all true health and healing.  Health is maintained by sattvic living, which is living in harmony with nature and our inner Self,  cultivating purity, clarity and peace.  Rajas and tamas are the factors that cause disease.  Rajas cause pain, agitation and the dissipation of energy.  Tamas brings about stagnation, decay an death.  Rajas and tamas usually work together.  Rajas brings about the over expression of energy, which eventually leads to exhaustion, in which tamas prevails.


For example, too much spicy foods, alcohol and sexual indulgence are intiially rajasic  or stimulating.  These eventually lead to such tamasic conditions as fatigue and collapse of energy.  On a psychological level too much rajas, which is turbulent emotion, leads to tamas or mental dullness and depression.

Mental Types According to the Gunas

To have sattva  predominant in our nature is the key to health, creativity and spirituality.  Sattvic people possess a harmonious and adaptable nature that gives the greatest freedom from disease both physical and mental.  They strive toward balance and have peace of mind that cuts off the psychological root of disease.  They are considerate of others and take care of themselves.  They see all life as a learning experience and look for the good in all things, even in disease, which they strive to understand, not merely to suppress.

Rajasic people have good energy but burn themselves out through excessive activity.  Their minds are usually agitated and seldom at peace.  They have strong opinions and seek power over others often regardless of the means.  They are impatient and inconsistent in dealing with their problems and do not wish to take the time or responsibility to get well.  They blame others for their problems, including their therapists.

Rajasic people can accomplish their goals and are generally in control of their lives.  However, they are not awake to their spiritual purpose, and are dominated by the ego in their pursuit of happiness.  Life brings them shocks, which can cause them great suffering, particularly when they lose control.  Even when they achieve their goals they find that they are still not happy.

Tamasic types have deep-seated psychological blockages.  Their energy and emotion tend to be stagnant and repressed and they do not know what their problems really are.  They do not seek proper treatment and usually have poor hygiene or poor self-care habits.  They accept their condition as fate and do not take advantage of the methods that may alleviate their [problems.  They allow other people and negative influences to dominate them and do not like to be responsible for their lives.  They prefer not to deal with their problems or will not let others know about them, which only allows the problems to get worse.

Mental Constitution According to the Three Gunas

The gunas show our mental and spiritual state through which we can measure our propensity for psychological problems.  The following test is a good index of these qualities and how they work within our life and character.

The answers on the left indicate sattva, in the middle rajas, and on the right tamas.  Please fill out this form carefully and honestly.  After answering the questionnaire for yourself, you should have someone who knows you well, like your husband, wife or close friend, fill it out for you also.  Note the difference between how you view yourself and how others see you.

For most of us our answers will generally fall in the middle or rajasic area, which is the main spiritual state in our active and outgoing culture today.  We will have various psychological problems but can usually deal with them.  A sattvic nature shows a spiritual disposition with few psychological issues.  A highly sattvic nature is rare at any time and shows a saint or a sage.  A tamasic person has a danger of severe psychological problems but would be unlikely to fill out such a chart.  The areas in ourselves that we can improve from tamas  to      rajas or from rajas to sattva will aid in our peace of mind and spiritual growth.  We should do all we can to make such changes.

The Three Gunas and Therapy

Sattvic healing uses Nature, the life force and the power of the cosmic mind through such treatment methods as herbs, vegetarian diet, mantra and meditation.

Rajas can  occasionally be useful in the healing process. Rajas helps break up tamas, while sattva, being a condition of harmony, does not always have the ability to do so.  It is often necessary to move from tamas to rajas in order to return to sattva, like needing to stimulate or shock a person into awakening to their repressed pain.  Tamas is seldom useful in the healing process except when required to sedate too high rajas.  For example, a person in a hysteria, an excess rajas condition, may require a strong  sedative herb or drug, a tamasic therapy.  In this sattva would be too mild to calm rajas.

Ayurvedic psychology aims at moving the mind from tamas to rajas and eventually to sattva.  This means moving from an ignorant and physically oriented life (tamas), to one of vitality and self-expression (rajas), and finally to one of peace and enlightenment (sattva).